Keen to give her tired kitchen a contemporary remodel with a mid-century twist, Alison Ballard didn’t shy away from a bright palette.

Alison Ballard, a photographer (alisonwonderland.co.uk) and book publisher lives with her husband in a five-bedroom Victorian house in east London. She wanted to replace the Ikea kitchen with a fun and quirky design, inspired by a retro look. Explore this colourful and unique kitchen below.

Did you have a project budget in mind?

Having done some research early on, we calculated that a figure of around £25,000 would be about right for the type of bespoke kitchen we were after, including installation.

The project ran smoothly on the whole, although Ian and I took on the bulk of the project management, which was quite challenging at times. We did everything from removing and disposing of the old kitchen, to coordinating plumbers and electricians which is a stressful part of any renovation in itself.

What was the best bargain you found?

Definitely the Insinkerator 4-in-1 tap, which turned out to be a great buy, and purely by chance. A local shop in Stratford happened to have it on sale for nearly half the price we’d seen it for online, so that was a big saving and they threw in some extra filters, too.

As with any large-scale project, it’s always a good idea to set aside a little contingency for the unexpected. Luckily, no nasty surprises were uncovered – although, rather annoyingly, our 21-year-old Smeg fridge-freezer, around which the retro design was anchored, stopped working just a few days after the kitchen was installed, so we had to splash out on a new model to replace it.

What was the biggest lesson you learned?

If we were to repeat the process, I would most definitely invest in a project manager to oversee and coordinate everything. Once we had designed the kitchen with the help of Pluck, the rest of the project became complicated and time-consuming with trying to organise all the different elements, so a professional would have helped things run more smoothly.

Did you stick to your original budget?

While we had a rough budget in mind, we didn’t fix ourselves too rigidly to the £25,000 budget and went over it a little; we had waited years for the new kitchen and wanted to treat ourselves to something we truly loved rather than compromising as we had done in the past.

How do you feel, now it’s all finished?

It’s the clever, understated details that really make this kitchen so special. It’s so inviting and we now spend a lot more of our mealtimes in here, rather than the separate dining room – plus, we no longer have a view of the ugly boiler.

Explore this statement, dark green kitchen in a family home

How to make your kitchen more eco-friendly 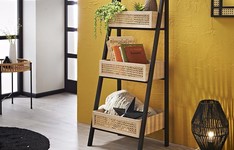 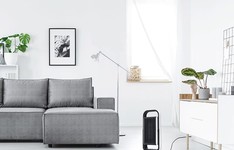 Lidl is selling a smart heater for under £50! 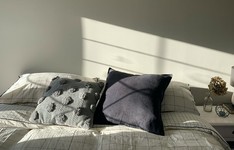 Five tips for better sleep hygiene in your bedroom 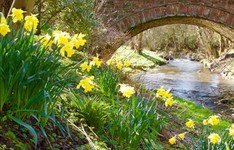 The most welcoming signs of spring 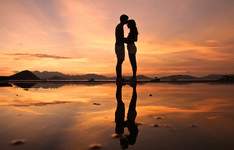 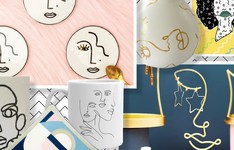 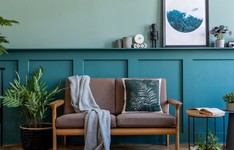 Artificial plants: 11 realistic ones to buy if you struggle to keep real plants alive 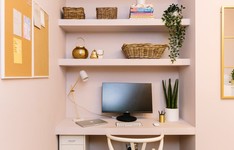 5 ways to improve your home office set up 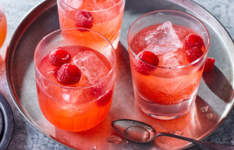 Mad for marble? Here are 6 unique ways to incorporate it into your kitchen design. Image: Caesarstone Marble and marble-effect ...
Kitchen Ideas

Washing clothes may be a total chore, but the new collection from Zara Home will make emptying the laundry basket ...
Shopping

Zara’s latest collection will have you excited for laundry day

Fireplaces are often the heart of the home. Now it's officially autumn, we look at ways to style up your ...
Living Room

We use cookies on our website to give you the most relevant experience by remembering your preferences and repeat visits. By clicking “Accept”, you consent to the use of ALL the cookies.
Cookie settingsACCEPT
Manage consent

This website uses cookies to improve your experience while you navigate through the website. Out of these, the cookies that are categorized as necessary are stored on your browser as they are essential for the working of basic functionalities of the website. We also use third-party cookies that help us analyze and understand how you use this website. These cookies will be stored in your browser only with your consent. You also have the option to opt-out of these cookies. But opting out of some of these cookies may affect your browsing experience.
Necessary Always Enabled

Any cookies that may not be particularly necessary for the website to function and is used specifically to collect user personal data via analytics, ads, other embedded contents are termed as non-necessary cookies. It is mandatory to procure user consent prior to running these cookies on your website.